NS3 is a prominent network simulator used in research and educational area to develop more simulated based applications. We offer student projects in NS3 to ensure contribution for developing new models, debug and result sharing. We guide college students to do projects in network domain. We also develop projects in wireless technology. We support latest technologies based network projects for students to gain knowledge and compete their projects in an efficient way. We ensure exact simulation results by NS3 for networking projects. NS3 simulation model is favorable for B.E computer science and ECE students.

We use Wi-Fi (IEEE 802.11n) latest version in WLAN to ensure and enhance network speed. For student projects, we use 802.11n with Tcp, as single access point network are evaluated by NS3 simulation. By Tcp implementation we can reduce network deficiency overhead. It composed of basic topology as two (or) more wireless node (or) stations. Every wireless node is recognizing each other to establish communication. 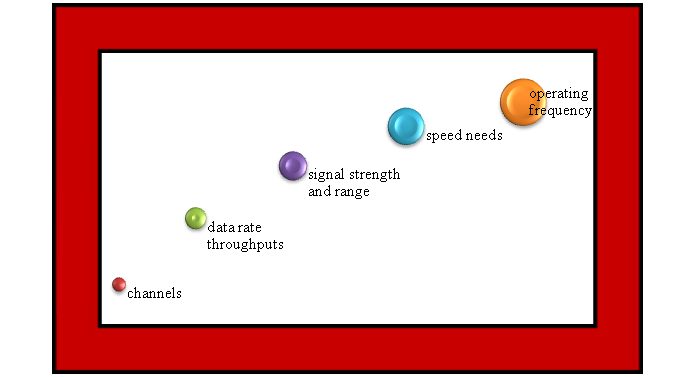 In IBSS we can communicate each other by peer to Peer level. Based on temporary basis it form network called Ad hoc Network. Ad hoc Network allows flexible and cost effective arrangements for hard to wire location and temporary setups are access by Ad hoc network.

We use ESS composed of base station series with access point connected by distributed system. With an ESS station we can roam from one base station to another. By using EEE we enable coverage to extend beyond WLAN radio.

We use the following function in NIC adopted from Science Direct papers are:

Framing and Create Packet for Transferring.

Modify Data From Parallel to Serial.

Coverage range is differing from product and environment. To ensure large network we require multiple access point to create constant network connection. By increasing in network usage, APS are added easily and adoptable to network modification.

We enable Wi-Fi security by authentication and encryption model. Authentication is verifying stations to communicate with other station. In infrastructure based wireless network authentication created among access point and station. We use authenticated process as shared key (or) open system. In share key, a station with secret key provide

authentication. We supported and implemented security by encryption in more than 80+ projects under wired and wireless communication network.