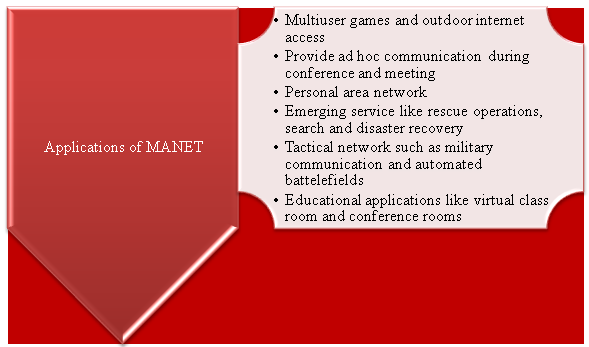 We adopt following features which implemented in academic projects are:

Packets delivered through one (or) more nodes.

Topologies are frequently changes and mobile nodes are dynamically established routing among themselves.

We implement MANET in following application based on Elsevier papers as:- 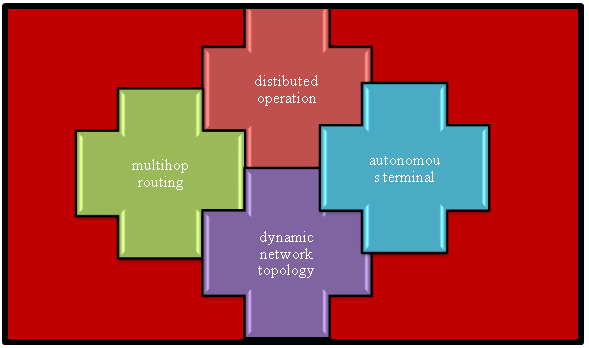 Topologies are frequently changes and mobile nodes are dynamically established routing among themselves.

We use MANET with broadcasting and shared transmission media to ensure a probability of packet collision and media contention. We have major collision problem which create new challenge for CSMA/CD and MAC based protocols. We use MAC based MACA (Multiple access with Collision Avoidance) protocol to avoid hidden terminal and exposed terminal problem in MANET.

DSR is called as dynamic source Routing protocol which is a type of reactive routing protocol called as demand protocol. By this protocol, source node initiate route discovery through route request flood in network. Route Request in DSR is processed by broadcast in MANET. We use sequence number to find request and eradicate network loop. Appropriate receiver is used to send Route reply to source node